It’s good to present on the first day of a conference. You get it out of the way and can start to enjoy the social (read liquid) elements in much more depth. The danger is that on the second day you might get asked to step in for an ill speaker. I wasn’t feeling too bright myself but with the Science Communication Conference having an online engagement theme I could hardly leave the Future of Online Session a speaker short.

Needless to say I thoroughly enjoyed myself at the conference and well done to Alice, Toby and the King’s Place staff for a very smooth running conference.

What follows are some thoughts, links and comments that I didn’t bring up at the time.  It’s as much for my own benefit as anyone elses.

We kicked off the Online Engagement themed conference with a keynote from Tim Radford. Tim can tell a story or two and he’s been around since Yuri Gagarin went into space so he’s got a few to tell.  You can tell why he is so revered as a science journalist. 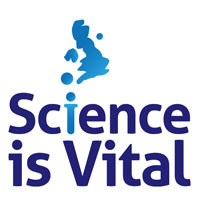 Tim made some very good points calling upon the science community to “get your protests in early” and to engage with the public because without that engagement science will be vulnerable to the whims of politicians. What he said had resonance with our Science Is Vital work. My favourite part of the session was the question from a PhD student researching the use of sensational headlines by certain parts of the media. Tim’s riposte was that “all headlines have to be sensational. If they didn’t create a sensation then no-one would read them.” It was a well put reminder that a hyperbolic headline might be sensationalism (in a derogatory sense) to a New Scientist reader, but that an academic geeky headline in the New Scientist is also sensationalist, but just for a different audience’s sensations.

However all was not perfect with Tim kicking off the online conference. He only refered to online engagement twice.  Once to declare Twitter a waste of time and secondly to lament that people getting their news online were not subject to the diversity of opinions that someone buying from the newstand would get. We can argue about Twitter (and it can be a waste of time if not used well) but not being able to see that a Google search can provide immense diversity is strange. Try Nuclear Power. You get Greenpeace and the World Nuclear Association on the same page.

Whilst Tim was a great speaker I’m not sure it was wise to have him kicking off the conference because it did not start a discussion of online engagement at all.

The day continued with some speed networking which as before works very well. If I can find the name of the person who works out who meets who I’ll post it in an update.

After a swift lunch Sophia and I spoke about I’m a Scientist.  We’ll write up that session sometime soon, but I just want to thank Dan Hannard from Woodkirk High School who blew me and the audience away with his talk. Thank you Dan.

The final session of the day was Democratising Technology. I went to hear Cory Doctorow and he didn’t disappoint. You can follow him @docotorow. The other two speakers showed us some fun stuff that has come out of the Maker Faires such as the exhilirating looking Jet Ponies, but I couldn’t help feeling that the Maker Faires were really a modern version of Steam Rallies that are common place out here in the West Country. Interesting but not exactly a new concept. Post-event drinks courtesy of the BSA Crest Awards were swiftly downed followed by more at the very nice The Fellow pub with roof terrace.

Day Two started with copious quantities of orange juice and the request to step in for Jonathan Druro in the first session. Vicky Reeves was on the original line-up and took the brunt of the questioning. In the few minutes preparation I had, I felt that speaking about the AlphaGov experiment and the trend towards open data in government might add the most value.

Government isn’t normally seen as a bastion of web innovation and the behemoth of Direct.gov.uk doesn’t inspire confidence. However the Alpha.gov.uk team (and many other lower profile govt webbies) are changing that, treating Google as your homepage and creating a very flat heirarchy site that cuts the extraneous content and delivers transactions quickly. The other defining aspect of the experiment is how much of their work is being done in the open, in full view of their potential critics.

The other trend I spoke about was open (and interlinked) data. My theme was that people are making data available and letting others decide how to use it. By publishing data you are engendering trust even if no-one actually looks at the data. Take Civil Servant and MP expenses. The vast majority are so dull and mundane and honest that very few people would ever read them. But it is the fact that they are published that leads to people trusting them. At least more than they used to.

And once your data is published make sure that others can use it easily. Councils in England now are required to publish all spending over £500. Sites such as OpenlyLocal have aggregated that data so you can see who’s paying who. That site links though to OpenCorporates which use Companies House (and similar in other countries) data to build a database showing the links between companies and the revenue they derive from governments. When linked to the Who’s Lobbying this will show either the wonderful efficiency of the private sector or the corrupt nature of the private sector depending on who you view and your viewpoint. David Waldock has written up the session in more detail.

The Tyranny of the Web followed with the ever excellent Ed Yong and a talking dog from Jonathan Sanderson alongside Pippa Hyam from Dialogue by Design. Ed reminded us eloquently that we need to distinguish between the Tool and the Tool User. It is wrong to blame the internet if it is the people mis-using it that are the problem.

Jonathan, perhaps too subtlely drove home the message that you to select your audience online. Broadcast TV perhaps does that for you by scheduling. The internet perhaps lulls you into a false sense of security, a Fields of Dreams, Build it and they will come mentality. The power of Google makes you think the right people will find you. If only. His talking dog with 35 million views reminds us the difference between mass audiences and an echo chamber.

Pippa was playing the devil’s advocate. She professed to be shocked by her discovery of “astro-turfing“. I’m sure she must realise that it happens in the “real-world”, it’s just that online it is easy to track and prove using IP addresses. As evidence of the tyranny of the web, astro-turfing is fairly poor.

Two more sessions beckoned. Kathy Sykes, Paul Manners and Robert Winston took to the stage with the ever-present Sue Nelson to discuss the future of public engagement. It was a wide ranging conversation with questions from the floor. Some of them might have been leading.

Kathy Sykes: Include the public in your research governance

The final session of the day before I caught the early train home was on CitizenScience. With our work on I’m a Scientist, Decipher My Data I thought this would be useful. And it was. Karen Bultitude chaired with knowledge and authority while Marek Kukula and Chris Davis spoke in detail about their SolarStormWatch projects. But the star of the show was Julia Wilkinson who is a very dedicated citizen scientist indeed.  Julia told us she is motivated by:

I don’t think Julia is atypical. Her motivations are really simple and it highlights the importance of the two-way communication in this type of project.

I’d have liked to have made Bright Club, but it’ll happen one day…

I make no apologies for the length of this post. I hope there’s a useful reminder or anecdote in here for me at least. But to finish with a summary:

And if it had been over 5 days I might just have met all the people I wanted to but with so many I did want to catch it was never going to be the case. As it was an excellent two days. See you next year.

UPDATE: Ben Craven is the master of speed-dating algorithms.