And that was Gallomanor in 2011

It hardly seems like two minutes since schools started back in September. The year has slipped by so quickly that it feels compulsory to record a few of the highlights. Here goes:

The year started with the arrival of Rosie Schultz. I’m not entirely convinced Rosie knew what she was in for. I’d interviewed her over the phone just before Christmas and offered her the job there and then. I don’t think she believed me. It was the right decision to give her the job. She’s been brilliant all year. Highly organised, positive, good with our scientists, teachers and funders. As the year has gone on she’s taken on more and more responsibility and as a consequence our events are happening very smoothly.

January saw one of the year’s social highlights. Mark Roberts, an IAS double alumni, invited Sophia and I to dinner at Lincoln College. It was an experience I’ll remember for a long while. Thank you once again.

We ran I’m a Scientist with 6 zones in March and for the first time one of those zones was sponsored. The Institute of Physics sponsored the Space Zone and it was a great success. It was a very useful learning experience for us. Zone sponsorship creates extra pressure in terms of crediting the sponsor, recruiting scientists with a connection, providing access to student members, keeping the sponsor informed and providing a bespoke evaluation report. We getting good at it now.

Towards the end of March we also heard from the Royal Academy of Engineering that we had been successful in winning an Ingenious Award to run I’m an Engineer, Get me out of here! in March 2012. Unusually we had left ourselves plenty of time to pull that project together and I am delighted that the planning is in rude health. You can read our mid-term report. 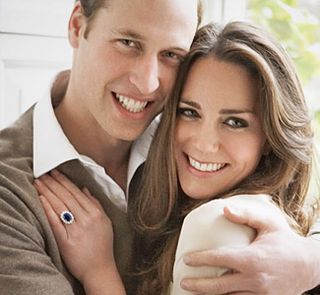 Thanks to Wills and Kate I took up golf again after 12 years. We also brought months of work with Dr Rob Aldridge to a head and submitted an application for a People’s Award to fund Decipher My Data – Flu!

We attended the Science Communication Conference in force this year. We gave a session on I’m a Scientist. We let the audience choose what we talked about and held a live chat between the audience and some scientists who had taken part before including Tamsin Gray live from Antartica. Dan Hannard, a teacher from Woodkirk Academy spoke about his experiences with the event and really impressed the crowd with his passion for teaching. Some suitable refreshment followed that evening, but the next morning I was asked to step in at the last minute for a speaker who wasn’t able to make it. That was fun.

June was big. We had 23 zones in I’m a Scientist. That stretched the server to the limit and we don’t want to do so many again concurrently. The RCUK and IoP both sponsored zones and Nelson Thornes sponsored the teacher communications. It was also very exciting to be hosting I’m a Scientist – Australia. The wonderful Kristin Alford and team at Bridge8 got some funding to run 3 zones at the same time (12 hours ahead in fact) as the UK event. It was tiring as I tried to stay up occasionally for their live chats, but very satisfying to see the event do so well on the other side of the planet.

We were ready for a rest, but at the end of the month the Wellcome Trust let us know that our bid for Decipher My Data had been approved for a People’s Award. It was two days before the end of term and we rushed out a quick email to our teacher lists and were blown away by the response.

Now you didn’t really expect us to do anything in August did you?

We spent September preparing for the Autumn. We had much still to do this year. Our good friend Prof Stephen Curry was putting the final touches on the film he had produced partly funded with his prize from winning the Imaging Zone in June 2010. It is a wonderful film that we highly recommend you watch.

For the first time in 8 years we weren’t running I’m a Councillor, Get me out of here! The project had become an increasingly hard to sell event in the face of the swingeing cuts that local authority youth budgets have faced. We’re looking at some developments to the site and format that may revive it as a longer term, lower intensity opportunity for councils to use.

Even without that project we expanded the team. Andrew Beeken is spending a day a week with us (virtually) making the websites look the way they should.

October saw the offical launch of the Decipher My Data site. We’re really pleased with how the project is developing and every week brings more schools on board.

Sneaking in at the end of October was Katie Tomlinson. Katie joined us to work on both Decipher My Data and the other projects. She’s slotted into the team quite nicely.

Oh, what a month! The beginning of the month saw us at the Wellcome Trust pitching for a second Society Award for I’m a Scientist. We asked for 50% for the next 3 years and in return we’ve promised to double the size of the event. We asked our friends to their support via Twitter and we displayed those messages on a Powerpoint slide projected during the Q&A session. It really was a highlight of the year to see hundreds of messages of support posted. Wonderful. Thank you. A couple of days later we had a phone call to say we were successful with our bid. It’s fantastic and lays the foundation for another 3 years of work for the company. Again a massive debt is due to Stephen Curry and Dan Hannard who joined us for the presentation to give the unadulterated truth of what it is like to take part.

The good news didn’t stop there. The Institute of Physics confirmed their sponsorship of 4 zones for 2012. The Physiological Society confirmed sponsorship of a Sports Zone and we ran the Subatomic and Zinc Zones sponsored by the STFC.

Running alongside this we’ve been developing a version of I’m a Scientist for the Wellcome Sanger Institute. Julian Rayner took part in March 2011 and thanks in part to his enthusiasm a group of 17 senior genomics scientists have been using our site to connect with local school students. Instead of an intensive 2 week burst the engagement is going to take place over 12 months with lots more scientists taking part from time to time. We’ll see how it develops.

Further developments came from across the Irish Sea. We found we’d been successful in applying for funding to run 5 zones of I’m a Scientist as part of Dublin City of Science 2012. And also from closer to home. A group of electrical engineers, statisticians and psychologists won a major grant which involves us working with them and a set of local primary schools over the next couple of years.  We’ll be starting in earnest in 2012.

Blink and it’s gone. Christmas always makes December a short month. The biggest thing is of course the traditional Gallomanor Christmas party. Traditionally Sophia and I pitch up at the Garricks Head in Bath, drag some unsuspecting associate in to join us and enjoy fine food and wine. This year is different. Sophia and I will be there as usual, but we’ll have Rosie and Katie there along with 3 friends and colleagues. Declan Fleming, who’s been the educational driving force behind Decipher My Data and an enormous help on the other projects. Gareth Coxon, who uncomplainingly delivers design after design for us. And finally, Mike Little, who makes WordPress and the web do things they probably shouldn’t. They’ve all been brilliant supporters of Gallomanor and we couldn’t do it without them.

There is already one thing about January 2012 I can write. The company is on an upward curve. We took on two new full time team members in 2011. We’re going to continue to grow in 2012 and in order to make is easier to recruit we’re leaving the beautiful quiet Bradford on Avon for the bustling metropolis of Bath.

From the 3rd January 2012 the company’s new address will be:

Hello! I’m Michaela, the newest member of the team here at Gallomanor who will be working on the I’m a Scientist and I’m an Engineer projects. I grew up near Bath but have lived elsewhere Read more…

Sustaining Excellence in STEM engagement through to 2021

We’ve been awarded a Sustaining Excellence grant. The Wellcome Trust are providing us with £550,000 over the next five years to carry on growing I’m a Scientist and I’m an Engineer in the UK & Read more…

We’re expanding and we need someone to help us keep all our ducks in a line. The job involves a mixture of bookkeeping, project and office management. You’d be helping the team run our international Read more…